Ask me any PIANO TUNING related question.
Use the comment section at the bottom of this page
I will respond within 24h!
TUNE!

Keeping a concert grand in tune is a challenge, and an art 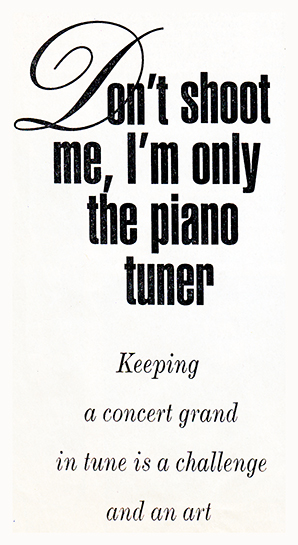 The annals of classical music are rife with stories about fussy pianists.

Glenn Gould's disputes with Steinway's senior piano technicians in the 1950s about how a piano should sound are the stuff of legend.

Iconoclasts such as Van Cliburn, Sviatoslav Richter and Vladimir Horowitz had wildly differing ideas about tuning, and more often than not deemed pianos unsuitable for their performances.

Yet what most people forget is that under its black lacquered top, the piano can be just as capricious and temperamental as its greatest performers. With hundreds of moving parts and a soundboard under 18 tons of pressure, a grand piano can go out of tune at a moment's notice.

It is a veritable nightmare to move from place to place and is particularly susceptible to changes in humidity, which cause the wood to swell or shrink.

Even such seemingly innocuous things as lights or air conditioning can throw a monkey wrench into a piano's tuning. During the International Piano Competition a few years back, Italian pianist Roberto Corleone, winner of the Prix du Public, took the stage and played a mere four chords when Theatre Maisonneuve in Place des Arts was plunged into blackness.

The blackout lasted for about an hour, during which time the overly hot stage cooled down. When the lights went up and Corleone resumed playing, the piano was painfully out of tune. Yet as the massive spotlights heated up the piano again, it magically shifted back into tune!

Many people with a piano at home tune it as often as they change their snow tires, but keeping a concert grand in tune is an ongoing and notoriously difficult task. Unaccompanied on stage – where tone color, clarity, rhythmic flexibility and nuance of phrasing are everything – an off note, muffled strings or a clangorous tone can make a pianist sound unprepared. And more often than not, everyone's ready to shoot the piano tuner.

"It's a real challenge to keep a concert 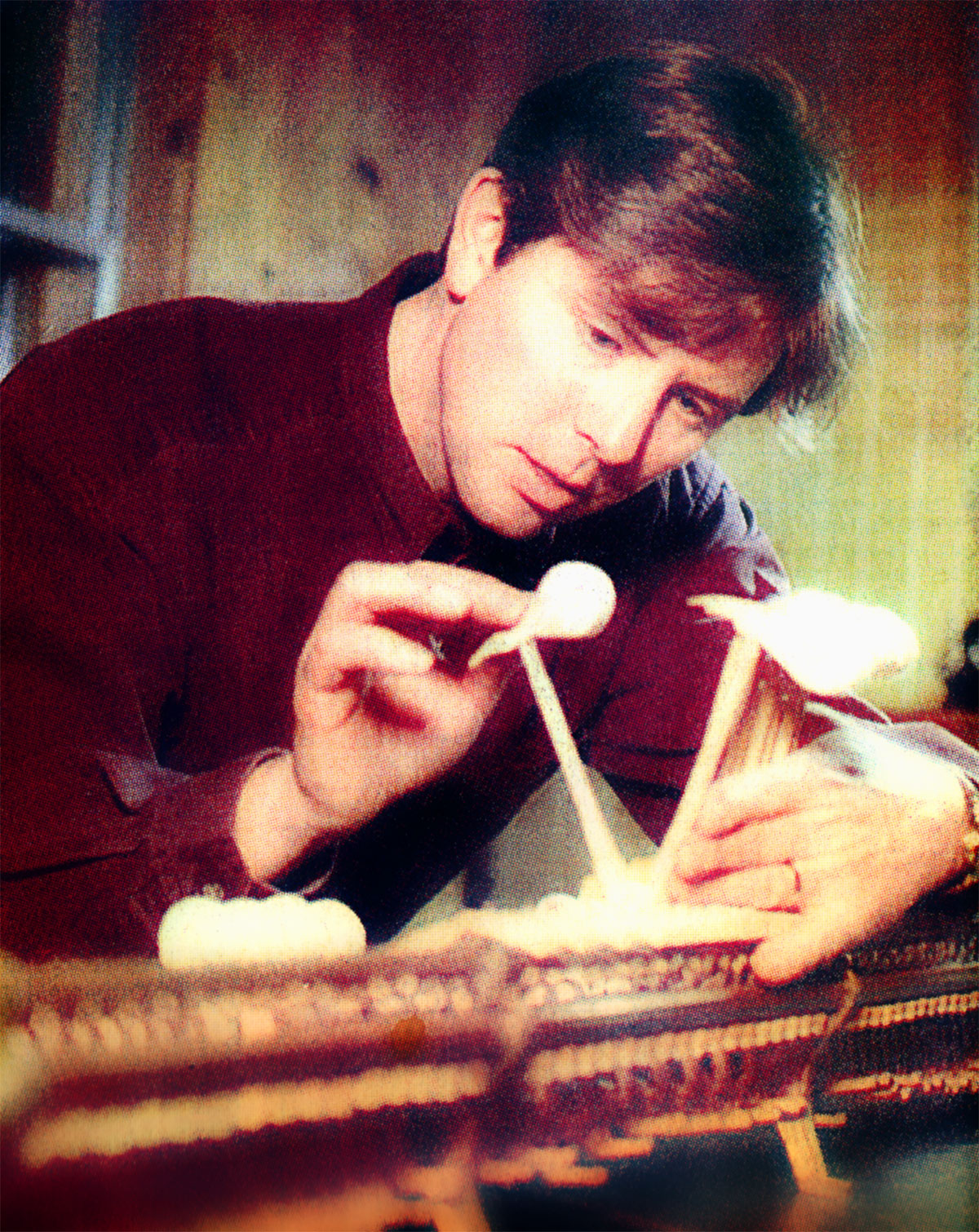 piano running at a consistent level and keep the artist happy," said piano technician Paul McGoldrick. "Some artists leave the tuning up to you and adjust themselves to the piano in a short period of time."

"Other artists have an excellent knowledge of the piano mechanically and know exactly what they want. In either case, if there's ever anything wrong about the piano, you're sure going to hear about it big time. It's a really thankless job."

McGoldrick runs Pianoforte in Montreal, and has been tuning and repairing pianos for close to 20 years. He is responsible for the maintenance and tuning of the pianos of the National Arts Center in Ottawa and the Montreal Symphony Orchestra. McGoldrick started his career as a cabinetmaker, learning tricks from the top ateliers in Paris before he met someone who would change his life.

That man was Gilles Losier, an Acadian fiddler and former ham radio operator from the Maritimes. Best known for playing with the legendary violinist Ti-Jean Carignan, Losier is blessed with perfect pitch. He has also had to struggle with a severe visual impairment for most of his life. In school, Losier had to have textbooks read to him to learn Ohm's Law, but that didn't stop him from building a 30-watt radio transmitter or dismantling a piano at the age of 14.

"They are not made by gods, they're made by people. They're not immortal; they do break down. And they're not that complicated, really. It's just the sheer number of parts involved. We should always approach tuning a piano with elegance and simplicity." 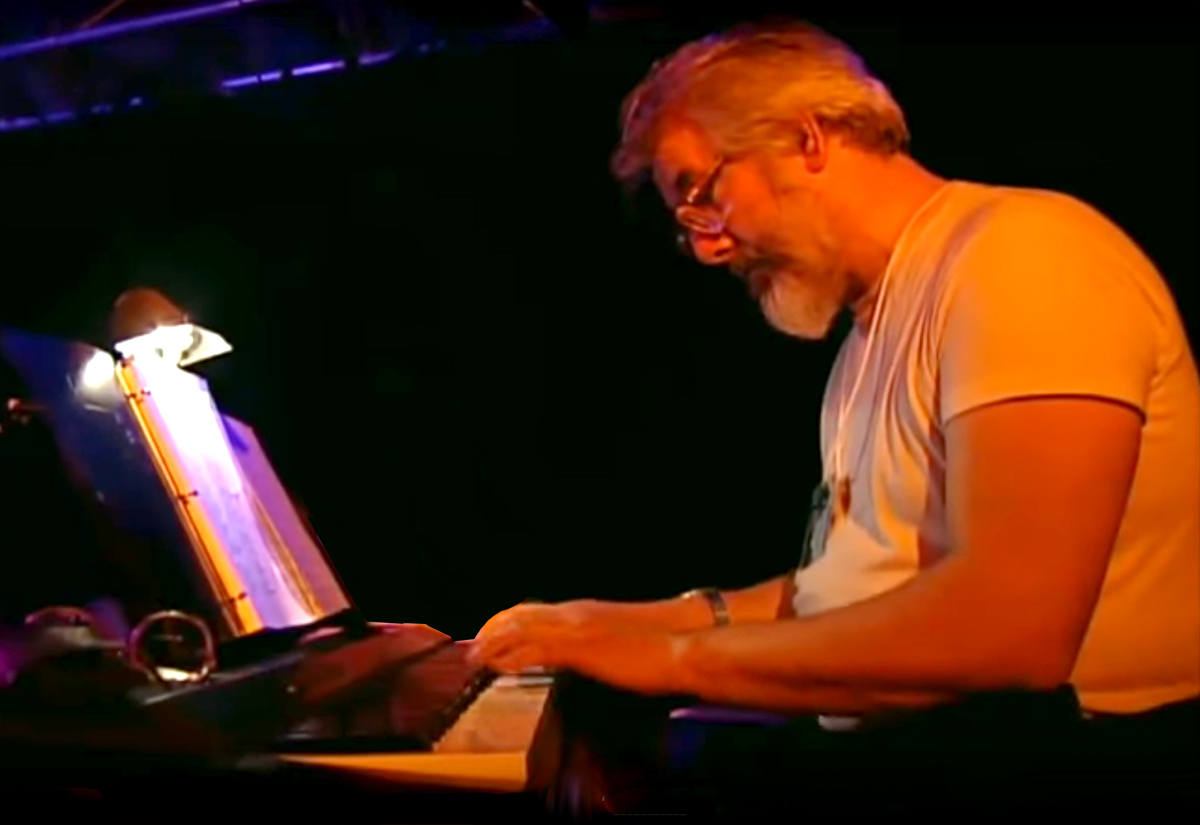 That said, tuning a piano is a complicated process.

That's because there are several complex components involved, and a variance in any of them can affect whether a piano is in tune or not.

Basically, the piano consists of strings, a sound board, a metal frame and the action (keys, the hammers they're connected to and the springs that attach them), all inside a wooden case.

There are 88 keys, each corresponding to a different note. When you depress a key, a hammer pushes against a string or strings stretched across the metal frame.

The vibrations made by the strings are carried to the sound board, which converts them into sound waves, making the note audible.

Before any of the strings can be tuned, the individual mechanisms of hammers, springs and levers attached to each of the 88 keys – the action – are removed from the piano and go through a rigorous series of calibrations and adjustments.

These are called the points of regulation, and include such fine measurements as key height and key dip, blow distance – the distance between the hammer at rest and where it hits the strings – hammer height and spring tension.

Then the action is slid back into the piano like a drawer and the strings are tuned one by one. Here the sticky question of pitch comes into play. Pitch is the quality of a note that fixes its position in the scale. It is determined by what the ear judges to be the sound's most fundamental wave frequency.

Pitch today is higher than it was In Mozart's day, when A was round 420 cycles per second or Hertz. While the CBC and many recording studios around town stick to today's standard, 440 Hz, other orchestras opt for a brighter-sounding pitch: the MSO tunes to 442 Hz, and some orchestras in Europe tune as high as 446 Hz. 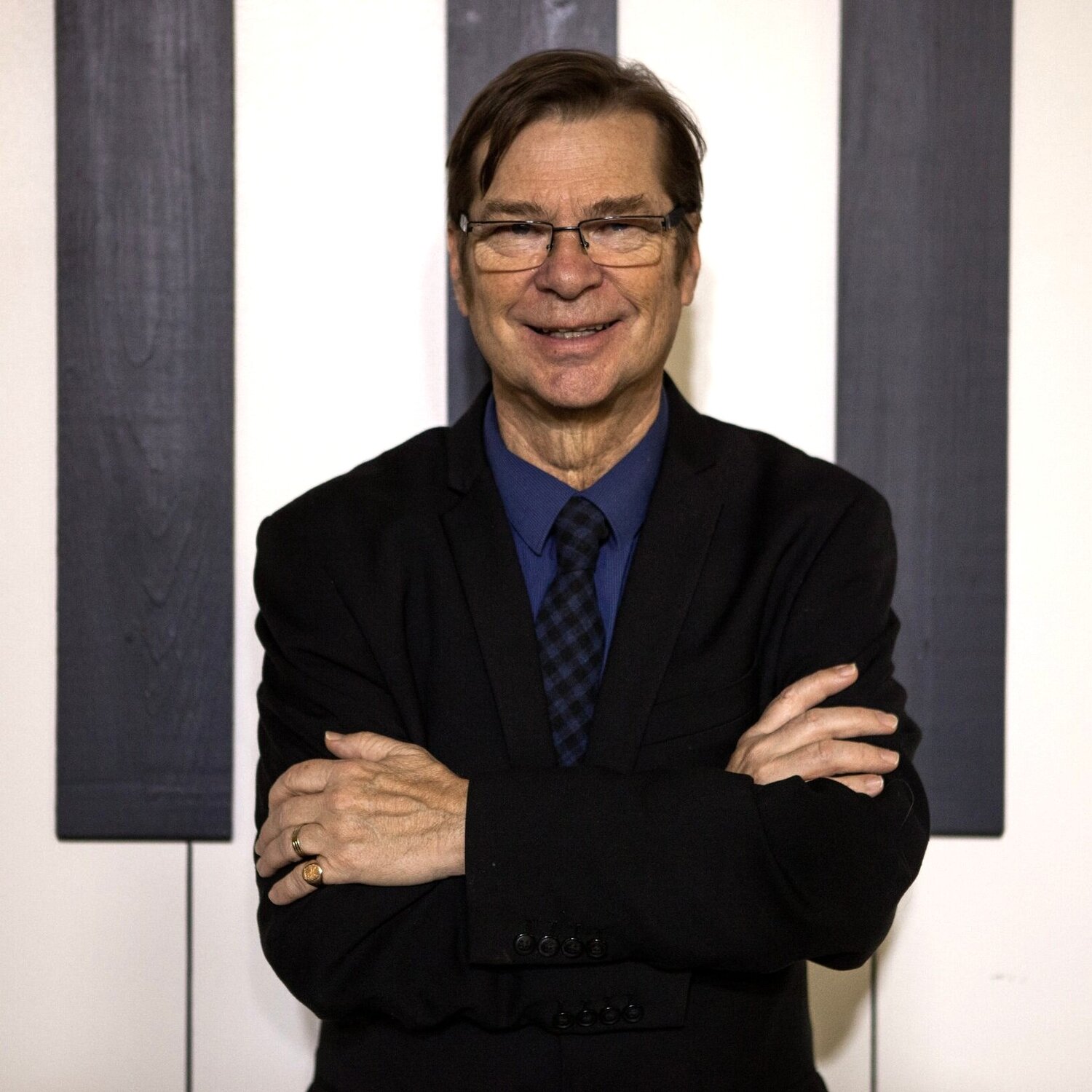 "Pitch is a little bit like a strike zone: anywhere between the knees and the shoulders is OK for general use," said Oliver Esmonde-White, a piano technician who tunes the ivories for luminaries such as Anatol Ugorski, Oliver Jones, Anton Kuerti and Marc-Andre Hamelin.

"I'm not too keen on the artificial brightening of a piano to make it sound better than someone else's recording," Esmonde-White said. "The key of F is not the same as F sharp, and that's what we're playing; we're up almost a semitone. But I'm also not keen on arguing with the ears of Charles Dutoit either."

Last, the piano is voiced. This is the most sensitive aspect of tuning, and one that requires the sharpest of ears. Voicing a piano adjusts the tension in the felt-tipped hammer heads to give optimal tone, correcting bright and dull notes and striking a felicitous balance between distinctive tones in quiet playing and power in loud playing.

While each of the points of regulation has exacting specifications, there is some room for individual preferences.

"Some artists might want the piano to kick like a mule, others might not want it to have any kick at all," McGoldrick said. "With somebody like Alfred Brendl (a classical pianist noted for his robust playing) you have to voice the piano way, way down in a downward spiral so he gets that really fortepiano sound."

Of course, voicing a piano to suit a pianist's touch means after the performance it has to be retuned back to the way it was, a tab some concert promoters are reluctant to pick up.

"You go through these adjustments 88 times, knowing full well that the next artist to come along won't like it at all," McGoldrick said.

Yet Losier comes to the defence of the concert pianist, reasoning that if he is on stage walking the tightrope of Liszt's Sonata in B Minor, he should be able to have the piano feel however he likes.

"They're very vulnerable people," he said. "Every time they play, they are in a different place, playing on a different instrument, tuned by a different tuner. It may be another Steinway, but all Steinway are different.

According to Losier, one of the reasons world-class piano tuners are as rare as hen's teeth in Quebec and Canada is because many in his trade lack inner drive an dedication.

"There's a lot of people who are simply not well-trained," he said. "They don't realize it, because they haven't had the opportunity to delve into the subject matter deeply. I'm 58, but there's so much more to learn. My prison is not having good eyes, but it gave me other things. I'm starved even today for knowledge."

Another reason has to do with economies of scale. In countries like Germany an Japan, the arts-funding infrastructure makes sure piano technicians are handsomely paid.

In Japan, some piano technicians can make up to $2,000 a day. In Canada, that sum is much more likely to be $300 to $400 per day. In North America, money for piano tuning is regarded as a low priority.

"In a perfect world, you have a few pianos that you follow," said Oliver Esmonde-White. "But it takes time getting in tune with a piano. If you bounce around town doing 50 jobs a week, you're not in touch with it. You can do very fine work on 25 pianos a week, but it's still not high-end quality."

It also doesn't help that the sort of intensive, hands-on training needed in the art of piano tuning is just not available in Canada. We have no factories like Bosendorfer in Vienna, Baldwin in Arkansas or Steinway in New York. And even these factories are no match for the technical training offered by Yamaha in Japan, according to Esmonde-White.

"I'm not saying their pianos are better, it's just that their technical support is light-years beyond everyone else," said Esmonde-White, who trained at Yamaha's factories in Hamamatsu, Japan, and whose dream is to one day set up a foundation in Quebec that could raise scholarship funds to send Quebec technicians abroad for training.

But getting in tune with pianos requires more than just conjuring up the right technical magic. To Losier, a piano is a door leading to self-expression, and to understand pianos, you have to first understand the people who want to play them.

"You have to be careful about falling into the trappings of materialism," Losier said.

"A lot of people own fancy big pianos because they have the money. That doesn't interest me. If I find a lowly student who has an old tired upright, but he's so zealous and eager to learn, I'll spend more time with him trying to tune it.

"That's my whole outlook. You don't fix pianos for pianos. You focus on the people."

Taken from THE MONTREAL GAZETTE, an article published February 18th 1995 by Andrew Jones

Action of a modern grand piano

On pressing the key the movement is transmitted via the pilot to intermediate lever; the jack then acts on the roller of the hammer which rises toward the string. The moment the backward projection of the jack contacts the set-off button, the jack moves back allowing the hammer to escape and to continue in free flight to strike the string and then begin its descent.